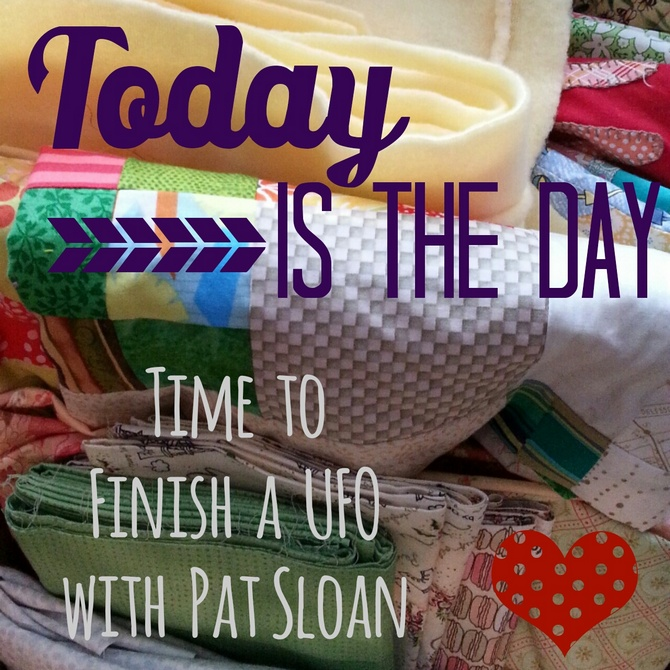 I have completed a few projects this month, been really trying to give a few minutes every day to some sort of sewing or craft related item.

Posted by Brandy at 6:52 PM No comments:

Today my mom took Konnie into the vet to have her put down.  A tumor caused anemia, and she had been going downhill for the last year or so.  It's really hard for me to deal with, so I thought I'd try writing about her and see if it helps any.  Konnie was the first pet our family ever had join us, and has been a part of the family since I was a sophomore in high school (12 years).  My mom and I both have pet dander allergies, are especially reactive to dogs, and my dad didn't want to be stuck with clean-up duties so pets were never really an option.  Then one day, mom said "I think I'd like a kitten."  And Jen (my sister) and I freaked out!  Almost immediately we started looking, and strangely there were none.  Even the animal shelter didn't have any cats or kittens at the time.  It seemed like it just wasn't going to happen, when one night (quite possibly 12 years ago exactly...) mom walks in to the kitchen, and says "ok now, don't scream" and my dad walks around the corner holding this beautiful cat in his arms.  I started crying, my sister shrieked a little then stifled herself, and we both crowded my dad.  The kitty let us pet her, then started squirming to be let down, so dad set her down, and instead of bolting like we expected, she just kinda wandered around, sniffed a few things, then settled in the middle of the living room floor as if she'd always been there.  Mom said "that's one contented kitty, maybe we should call her that; Konnie for short."  Thus her name. 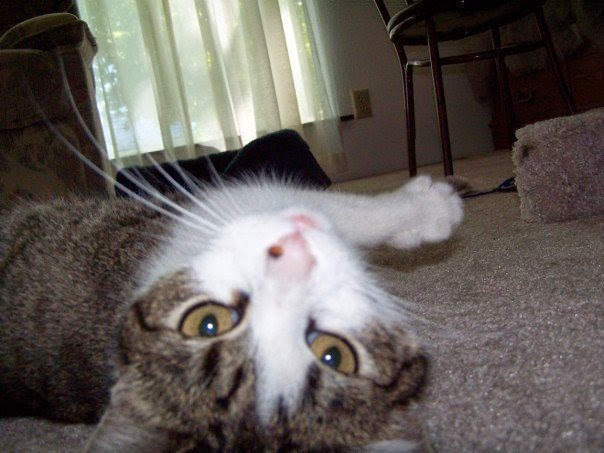 Once, about a year after she joined our family, I was in bed just falling asleep when I saw my door open slightly.  I waited, and nothing happened, and I was about to lay my head on my pillow again when suddenly Konnie leaped on my bed, which made me scream which scared her and she leaped back off running towards the door.  I said "Konnie, wait, come on back!" and she turned around and jumped back on the bed.  I rubbed her head and told her next time to please just announce her entrance and we won't have that kind of scare, and from then on every time she entered a room she would loudly "meow" so we knew she was there.

My grandma would come to stay with us during the winter months there for a couple years, and we noticed an upward trend in Konnie's hunting whenever we were expecting grandma.  My mom finally came to the conclusion that Konnie wanted to make sure we had enough food since there would be an extra person in the house.  And one time, probably at 3am, Konnie dropped a breakfast present on my dad's chest, in bed, yeah, it was a dead vole... hee hee, silly kitty.  For a while there she would bring in dead birds and mice, then one day decided it was time for us to train, so she brought in a LIVE bird.  That was interesting!!  Mom won, I think she corralled it with a hat or something.  The one live mouse that was brought in (which was also one of the last things she hunted and brought to us) was actually blind... and we think that's when Konnie gave up the whole "hunting thing".

She actually used to sit on a kitchen chair and watch us eat (really funny to see only the top of her head over the table, from the eyes up) but never got on the table or the counters.  After dad banned her from being on the chairs (I think someone called her once while we were sitting at the table and she chose the easiest path to them, right across the table) she would actually come sit next to you, "meow" until someone showed her what was on their plate, sniff it, and walk away.  Just had to know what was for dinner. 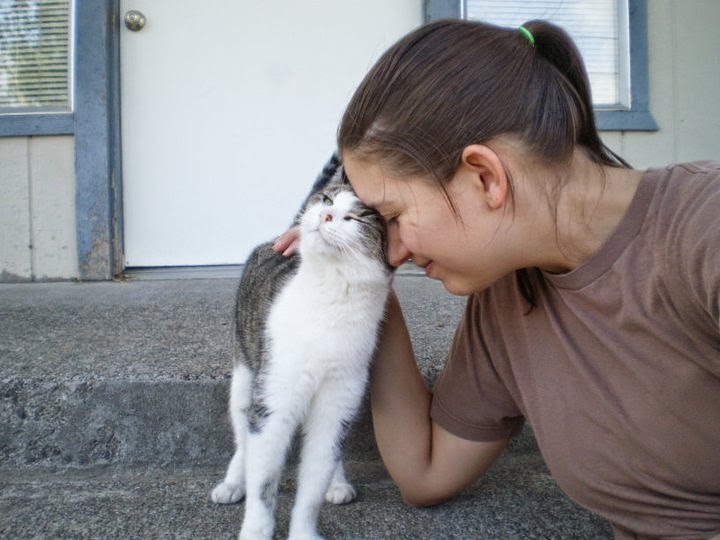 Konnie was always a source of comfort for me, when I went away to college she would actually "talk" to me on the phone, and when I came home from the first college I attended (because I had mono), she was a very good sounding board as I figured out whether or not to return.  (Being sick for months at a time is never good, but does give you time to think.)  I always appreciated that if I was sad, Konnie would appear from who-knows-where to sit on my lap, or if I was laying down she'd crawl on my tummy and butt her head against my chin as if to say "buck up little buddy".  And if she was on the couch in the living room (holding court) I was always able to have conversations with her.  She was a really talkative cat, responsive too, didn't interrupt though.  And good for a laugh when it was most needed.  She wasn't a goofy cat necessarily, but boy, when the Red Dot appeared... and it only got better if there was wrapping paper or a paper box lid on the floor. One interesting habit she had was to twitch her tail, it was always "wagging" while she lay down, and when she was walking towards you it would kinda shiver.  We decided it was her "I'm so excited I don't know what else to do" dance, because she really was a very calm cat.  Unless you ask my husband.  Then she's an excitable elephant.  Hahahaha!  He would be woken up (when we lived with my parents) by her thundering up and down the steps and in and out the cat door into the garage around 2am, I suppose having a cat fit?  There's a relationship I was concerned about.  John told me when we met he wasn't a huge fan of cats, and I was nervous he wouldn't like Konnie when we first moved up to Washington.  Turns out, she won him over with her charming personality.  John found that he loved to wrestle with her, she was such a small cat his hand is about 2/3 of her body.  She just loved the attention.  And when she got older he was always good for a brushing, one of her favorite past-times.

Owning another cat after her will be difficult. We were really spoiled having Konnie.  She came to us house trained.  She never ate string or things that were laying around on the floor.  She didn't walk across the computer while you were on it, or swoosh papers every which way.  She did have a thing about items on the living room floor though, if it was down for longer than 30 seconds, it was her new napping spot.  She had very little interest in "human food", only really going for our homemade frosting, Spaghettio's, and bread.  During Christmas we never had to wonder where she was sleeping, it was always under the tree.  My mom hung tinsel every year and she never tried eating it, the only thing we had to watch for was tinsel being dragged around the house from her tail grabbing it off the tree! Thank you for letting me share about my cat.  I am already feeling less miserable, although I know it will still take time to fully come to grips with the fact that I shan't be greeted by her the next time I visit my parent's house.  Konnie had a very lovely life, and pretty long too, she was around 15 years old.  The whole family appreciated her, although my dad may claim she was a nuisance, but I think that's him dealing.  I couldn't have asked for a better companion.
I love you lil' sis, see you in the next life!﻿
﻿
Posted by Brandy at 5:36 PM 2 comments:

Stitch It & Gift It

Come see all the fun projects! 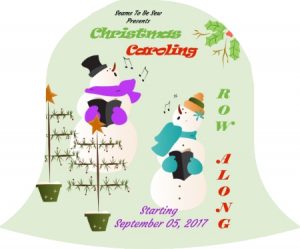